Reputable, responsible and right around the corner

We’re located right off of McHenry Ave and easily accessible from all over the Modesto area.

We know your time is valuable

If you are looking for an auto service facility that cares about getting the job done promptly and right the first time, then schedule an appointment with us today.

Our goal is to make servicing your vehicle as convenient as possible in a personal and friendly atmosphere. Just read what our customers are saying about us.

You will always see a familiar, smiling face when you come to visit The Auto Shop. Everyone here takes your vehicle repairs very serious and treat it as if it were our own. The Auto Shop has been “your neighborhood auto repair facility” since 1977!

The Auto Shop staff is the engine that keeps our business running. Here’s a little more about them: 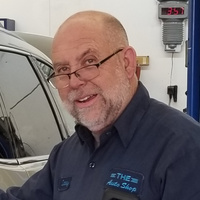 Larry grew up in El Cajon, Ca and now lives in Oakdale. After graduation from high school, he attended automotive trade school. There he met his future business partner Bruce Little. Larry worked as an automotive technician at Lou Grubb Chevrolet in Phoenix, Az until moving to Modesto in 1975. Larry has been happily married for 37 years with two grown children and four grandchildren. When not keeping up to date on the latest in automotive technology, Larry enjoys riding his dirt bike, camping, traveling with family, movies or going to the Reno Air Races every year. 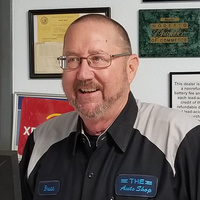 Bruce grew up in Morro Bay, Ca and now lives in Oakdale. Like Larry, after graduating high school, attended automotive trade school. Bruce also worked as an automotive technician at Lou Grubb Chevrolet in Phoenix, Az until relocating to Modesto in 1974. Bruce is happily married, has 3 grown children, 7 grandchildren and 1 great grandchild. He enjoys spending time with his wife Janet Little and dog Suzie. Bruce loves to BBQ. When he is not perfecting one of his latest culinary creations, you will find Bruce camping, fishing the Delta, watching a NASCAR race with Janet or just relaxing in the backyard. 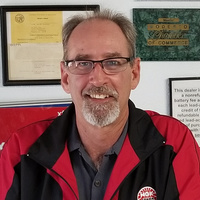 Todd grew up in Modesto and went to Beyer High School. After graduating, Todd joined the US Army where he spent four years. From there Todd moved to North County San Diego where he spent the last 20+ years working for various custom Hot Rod and Off road shops. In 1995 filling a lifelong dream to race motorcycles Todd with help from friends built a 1977 Kawasaki KZ1000 Superbike and raced it with the WSMC for 10 years where he won two Vintage Superbike Championships. Todd has one adult child and a dog named Sammie. 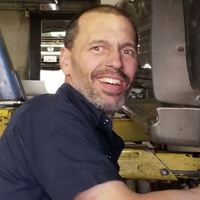 Jeff has been working for The Auto Shop for 26 years. He is our 2nd longest tenured employee. Jeff or as we like to call him “Junior” is happily married with 5 children. Jeff enjoys reading educational and sci-fi books, watching movies and keeping up to date on the latest in automotive technology. 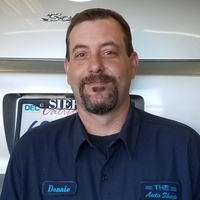 We would like to introduce you to Donnie Boger our newest member of The Auto Shop family. Donnie joined us in January of 2019.

Donnie grew up in Escalon, CA and from there joined the Navy as a diesel engine and A/C technician. Donnie served from 1999-2005 in San Diego, CA.

Upon leaving the military life behind Donnie started his automotive career with a Chevrolet/Subaru dealership in San Diego. Since those early days at the dealership Donnie moved on to work in the hotrod industry doing complete restoration projects and performance upgrades on classic and muscle cars.

When Donnie is not working on cars he enjoys building, racing and selling 1/24 scale drag race slot cars and R/C rock crawlers. Donnie is also experienced in building air cooled VW engines and has owned over 10 VW bugs during his lifetime.

Donnie has been with his long term girlfriend for 7 years and has 3 children and four cats. So please join me in welcoming Donnie to The Auto shop Family! 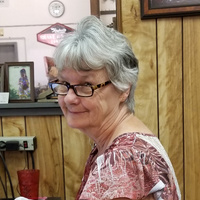 Janet’s claim to fame is her tolerance to work and live with her husband, and to keep 5 male coworkers in line for over 30 years. In her off time, Janet enjoys working in the yard, traveling and country music. 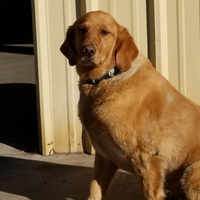 Suzie has been a part of The Auto Shop family since 2009. She is our friendly four legged greeter who loves meeting new people, and hopefully coaxing a snack from some of our long term customers.